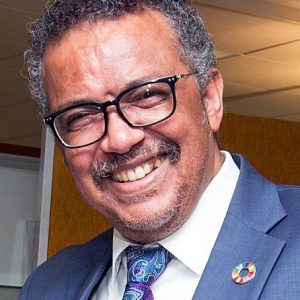 What exactly has the WHO done to protect us from the Coronavirus?

What exactly has the WHO done to protect us from the Coronavirus?

The Coronavirus pandemic has accelerated at an exponential rate. Around 1/2 of the world’s population is in lock down and countries in every continent have declared a state of war against the virus, but every day thousands of people continue to suffer and die.

The World Health Organization (WHO) was set up by the United Nations to be responsible for international public health. It has an annual budget of around $2.1 billion and 8,500 employees, working in 147 different countries. It’s worth asking, what exactly has it done to protect us from the greatest public health threat ever experienced in most of our lifetimes?

Let’s start at the beginning. The first alert relating to the Coronavirus was announced from Wuhan, China on 31st December 2019 where patients had been suffering with pneumonia from an unknown cause. Within days, the WHO started investigations at the country, regional and HQ level and by 5th January 2020 it published a risk assessment, advised on the public health response and announced that work was underway to identify the pathogen and trace the cause of the virus.

By 10th January 2020, prior to a single death resulting from the virus, the WHO developed and published a toolkit for countries around the world to check their ability to detect and respond to the virus. The toolkit was designed to assess risks and plan for additional investigations including, importantly, to build capacity for all countries to conduct tests across their populations.

By 12th January 2020, with only 41 confirmed cases within China and prior to a single confirmed case outside of China, the WHO announced that the genetic sequence of the Coronavirus had been found and would be shared with public health authorities, laboratories and researchers around the world to develop diagnostic kits.

By 21st January 2020, the WHO had completed a field visit to Wuhan China, observed and discussed surveillance processes, laboratory facilities, infenction prevention and control measures. Through the WHO, the Chinese Government released the test kit to help other countries detect the virus and shared definition guidelines and clinical management protocols across the world. These tests kits have been the foundation for hundreds of thousands of tests and have been vital in generating public health responses all around the world.

On 25th January 2020, with the death toll across China at 26 but none elsewhere, the WHO launched a free online course on the Coronavirus available in English, French, Spanish and Chinese. The course covered topics on why the Coronavirus is a global threat to human wealth and how communities and governments can respond to minimise risk and increase protection for populations everywhere. Additioanl course have since been developed and has trained tens of thousands of healthcare workers around the world and develop the skills necessary to contain its spread and provide treatment.

On 5th February 2020, after the first few cases of the virus spreading across continents, the WHO launced a $675 million prepareness and response plan to limit transmission, provide early care, communicate key information and minimize social and economic impacts. The fund helped establish international coordination and operational support,scaled up country readiness and response operations and accelerated priority research and innovation to detect, treat and develop a working vaccination for the virus.

On 17th February 2020, the WHO issued detailed guidance on mass gatherings for governments around the world, based on its experience from H1N1 and Ebola. The guidance covered issues relating to planning, operations, testings and diagnostic arrangements. The guidance propelled  worldwide governments action to limit mass gatherings around the world, which has significantly curtailed the speed of the virus’s transmission.

By 18th February 2020, the WHO had shipped supplied of personal protective equipment to 21 countries and helped ensure that 40 countries in Africa and 29 in the Americas had the necessary tools to detect the virus.

Throughout the whole of February, the WHO prepared and distributed separate detailed guidance for individuals, families, communities, workplaces, school, hospitals and public places on how to protect themselves and each other. The WHO Director-General, Tedros Adhanom, conducted briefings for government health ministers around the world on whats steps they must now take including in relation to testing, medical oxygen, ventilators and other vital equipment, policies in relation to limitating transmission and ensuring that health care staff were adequately trained.

By 3rd March 2020, the WHO had shipped half a million sets of personal protective equipment to 47 countries including gloves, medical masks, respirators, goggles, face sheilds, gowns and aprons. A detailed audit was completed to assess the global shortage, and an urgent message was communicated to governments that industry must increase manufacturing by 40% to meet global need.

On 5th March 2020, a public awareness campaign was spearheaded  by WHO, deploying influential personalities to use their power to mobilise the world population and respond effectively to the virus. The campaign, called ‘Be Ready‘, urged people to Be Safe, by obeying tried and tested public health measures, Be Smart, by rejecting rumours and sharing information from trusted sources, and Be Kind, through addressing stigma, having compassion and looking after the most vulnerable and those in islation.

On 6th March 2020, the WHO issued a research and development roadmap for the virus, outlining research priorities in 9 key areas. These included the natural history of the virus, epidemiology, diagnostics, clinical management, ethical considerations and social sciences, as well as longer-term goals for therapeutics and vaccines.

On 19th March 2020, thoe WHO helped initiate a new Solidarity Response Fund to raise money from a wide range of donors to support the work of the World Health Organization (WHO) and partners to help countries respond to the pandemic. The fund, the first-of-its-kind, enables private individuals, corporations and institutions anywhere in the world to come together to directly contribute to global response efforts. The fund has so far raised $113 million from over 205,000 donors worldwide.

Throughout the whole of March 2020, the WHO sent expert medical delegations to some of the worst hit regions in counries in Europe, the Middle East and Asia Pacific. These delegations helped improve public health safety measures, advance epidemiological data collection and analysis and provided support  in the areas of clinical management, infection prevention and control, surveillance and risk communication.

On 25th March 2020, the WHO and United Nations issued a $2 billion appeal to fight Coronavirus in the most vulnerable countries, titled Invest in Humanity.  The fund will provide laboratory materials for testing, supplies to protect health workers and medical equipment to treat the sick. It will bring water and sanitation to places facing shortages, and will help humanitarian workers and supplies get to where they are needed most to support the global response against the virus.

In an epic speech on 26th March 2020, given at the G20 Extraordinary Leaders Summit on Covid-19, the Director General of WHO, Tedros Adhanom, who has led the WHO’s response over the past few months, issued an impassioned rallying cry for world leaders to unite across borders. 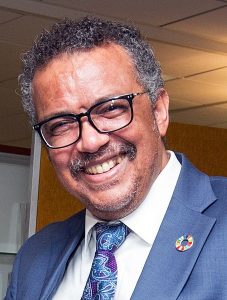 The WHO has worked 24/7 and deployed all of its resources to help protect the whole world from the Coronavirus. Their work has operated on all frontiers from research and development, training of health staff, provision of equipment, guidance to governments, fundraising and facilitating expert medical delegations. They have acted with tremendous speed, foresight and integrity and helped ensure that governments worldwide are prepared and equipped to fight the virus together. In an era where national divisions have been splintering collective efforts to aid humanity, the WHO has been a beacon of international solidarity to overcome a common threat to us all.