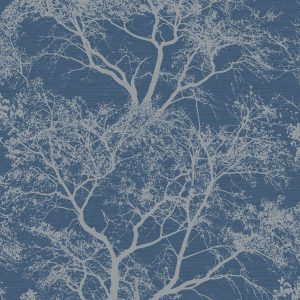 Lessons on Peace and Conflict Resolution from Pakistan’s “Tribal” Areas

Lessons on Peace and Conflict Resolution from Pakistan’s “Tribal” Areas

Beyond Nation, in its first forum, invited Mr Imtiaz Gul and Dr Farooq Yousaf to discuss the situation of peace and conflict in Pakistan’s Pashtun ‘tribal’ region. The region, formerly known as the Federally Administered Tribal Areas (FATA) until its merger with the Khyber Pakhtunkhwa province in May 2018, was governed under the colonial-era Frontier Crimes Regulations (FCR), which was a law of exception keeping the ‘tribes’ in isolation from mainstream Pakistan.

The region was also known for training of the so-called “Mujahideen” between 1979 and 1989 against the Soviet Union in Afghanistan. However, soon after the US invasion of Afghanistan after the 9/11 attacks in 2001, the region became a flashpoint of domestic and transnational militancy and terrorism. However, on the back of multiple Pakistani military operations and the region’s merger and mainstreaming, many feel hopeful that the region will have equal access to healthcare, justice and education. Mr Gul and Dr Yousaf, in that regard, discuss the past, present and future of the region, along with highlighting the major lessons that can be learnt in terms of peace and conflict resolution.

Mr Imtiaz Gul is the Executive Director of Center for Research and Security Studies (CRSS), that he founded in December 2007, with the support of Germany’s Heinrich Boell Stiftung in Islamabad, Pakistan. He is also the Editor in Chief of Matrix Mag, a monthly news magazine in Pakistan. He is author of several international books and has been contributing to international and National (Pakistani) print media.

Dr Farooq Yousaf, who is co-Editor of Beyond-Nations and currently based in Newcastle, Australia, holds a PhD in Politics from the University of Newcastle. His research focuses on Postcolonialism, Pakistan, and South Asia’s colonial heritage. In addition to that, he focuses on Indigenous Conflict Resolution and is currently writing a book on the topic. He has published papers in various international journals and often contributes to national and international news sources.