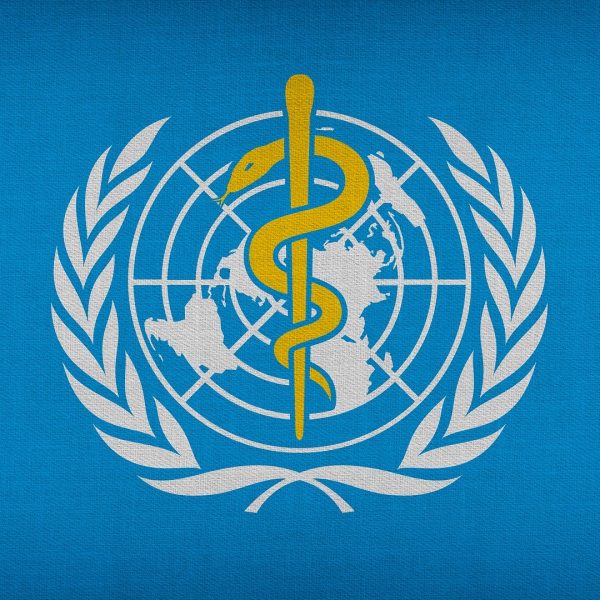 The World Health Organisation (WHO) has come under brutal criticism concerning its response to the Coronavirus pandemic. The amount of confirmed cases around the world has passed 1.5 million and the death roll approaches 100,000. The virus is rightly viewed as the worst public international health crisis for several generations, and nations have turned to the WHO for leadership. With the pressure mounting, and the WHO’s Director General under intense spotlight, are such criticisms valid or is the WHO being used as a scapegoat to divert blame from others?

The recent criticism is spearheaded by politicians and media in the USA. On 7th April, President Trump tweeted ‘The WHO really blew it. For some reason, funded largely by the United States, yet very China centric,’ Senator Marco Rubio told Fox News that the Chinese government had ‘used the WHO to mislead the world‘, and claimed that the WHO ‘is either complicit or dangerously incompetent‘ and Senator Rick Scott accusing the WHO of ‘helping Communist China‘ cover up a global pandemic.

The Washington Post and New York Times also published features scrutinising the WHO, also suggesting a lack of leadership and political bias towards China. Both features also point towards the WHOs lack of recognition of the sovereignty of Taiwan, an issue they suggest has seriously undermined its ability to deal with the crisis and tarnished its credibility as an organisation tasked with protecting the world.

President Trump now threatens to revoke funding to the WHO, which would leave a potential deficit of around $400 million, or around 20% of the annual budget. The move would have serious implications for the WHOs function in responding to the pandemic, and also castrate its power for years to come.

To understand whether these criticisms are valid, we first need to understand what the WHO is.  We know that it is an agency of the United Nations tasked with international public health, but what power does it have? Let’s summarise:

Within this context, it is easy to see how fragile the organisation is, compared to the task it is set out to achieve. As stated by Richard Horton, editor of the Lancet Medical Journal, the WHO ‘has been drained of power and resources, its coordinating authority and capacity are weak. Its ability to direct an international response to a life-threatening epidemic is non-existent.’ Due to these budgetary limitations, and the lack of enforcement capability, it must rely on good-will, co-operation and diplomacy in order to achieve its objectives.

Let us now examining the claim that the WHO has been slow to act in response to the coronavirus. I wrote an article on 1st April 2020 detailing some of the actions that the WHO has taken so far.

The WHO had therefore made enormous effort, in a very short time frame, to enable governments around the world to act promptly to limit the spread of the virus and protect their populations.

Much of the criticism relating to the speed of the WHO’s response focusses on the alleged failure to confirm whether the virus was capable of person-to-person transmission. This criticism focuses on a statement made by the WHO on 12th January 2020 which stated:

According to the preliminary epidemiological investigation, most cases worked at or were handlers and frequent visitors to the Huanan Seafood Wholesale Market. The government reports that there is no clear evidence that the virus passes easily from person to person. WHO Statement, 12th January 2020

The allegation that the WHO stated that the virus could not be transmitted person-to-person is false. The statement was that the ‘preliminary epidemiological investigation’ and the governments reports made available to the WHO, there was ‘no clear evidence’ that the virus passes ‘easily’ from person-to-person, all of which was true from the WHO’s perspective at that time. The WHO made this statement noting that this was a new virus, that ‘not much was known’ by them at that time, and that more investigations would take place. By 12th January, the WHO had not even had the opportunity to conduct its own field visit to Wuhan, and had no means of independently verifying the extent of the virus’s transmissibility and therefore relied on the Chinese government’s reports. When they did, by 21st January 2020, the WHO was able to publish more detailed findings and confirmed that the virus was spreading from person-to-person. Again, the allegation that the WHO did not act quickly, is completely misleading.

Another allegation made against the WHO is that it is ‘China-centric’ and that its failure to dialogue with Taiwan has undermined its effectiveness and credibility. This criticism focusses on the language used by Director General Tedros Adhanom. On 28th January 2020, Tedros stated:

‘We appreciate the seriousness with which China is taking this outbreak, especially the commitment from top leadership, and the transparency they have demonstrated, including sharing data and genetic sequence of the virus.’ WHO, China leaders discuss next steps, statement on 28th January 2020

This statement and others, in which Tedros has praised China’s ‘leadership’, is deployed as evidence of WHO’s political bias towards China, especially in light of subsequent revelations that Chinese officials had deliberately covered up the extent of the virus’s harm and transmissibility in December. In addition, the fact that China was among the countries that nominated Tedros to become Director-General of WHO is used to indicate his political bias towards China.

Here, it is crucial to reflect on the fragility, budgetary limitations, lack of enforcement capability and precariousness of the WHO as an organisation, as set out above. The WHO has no powers to penalise China, or enforce its programme on the country whatsoever. The Chinese government is notoriously secretive and defensive, and the WHO’s top priority was to gain access to conduct relevant medical research for the benefit of all 194 of its member states and stop the spread of the virus. At any point during this process, it was possible for China to have prevented access and denied responsibility for the virus. It was necessary therefore, for the WHO to exercise diligence in its diplomacy to achieve its objectives. 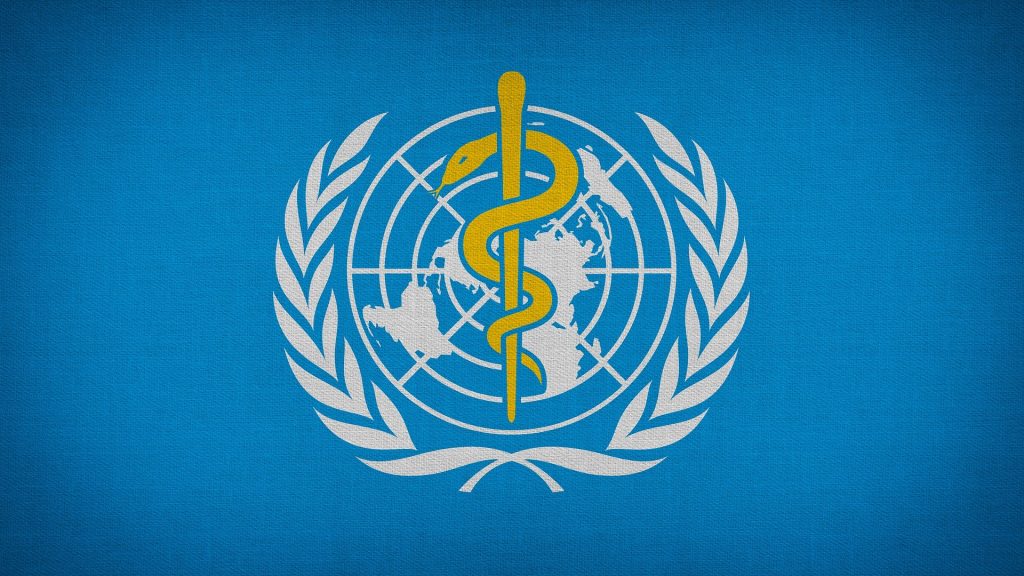 The WHO was established in 1948 to advocate for universal healthcare and monitor, coordinate and protect international public health.

Within this context, it is commendable that the WHO has achieved enormous positive outcomes for countries all around the world. Apart from ensuring the genetic sequence and test kits were available worldwide, prior to the virus spreading beyond China. The WHO has sent expert medical teams and delegations to assist in Iran, Iraq, Azerbaijan, Egypt and Italy. Since the beginning of the outbreak, the WHO has shipped more than 900 000 surgical masks, 62 000 N95 masks, 1 million gloves, 115 000 gowns, 17 000 goggles and 34 000 face shields to 133 countries and shipped COVID-19 testing kits to 126 countries. It prepared free training material used by tens of thousands of healthcare workers worldwide. It gathered $675 million to limit transmission and provide early care, to fund research and innovation in developing a vaccine, and a further $113 million from private donors through a global solidarity fund to help the world’s least developed countries, an initiative never previously undertaken by the WHO. All of this, at a time when many of the world’s countries have been hoarding their own supply of protective equipment, and even preventing their distribution to neighbouring countries.

It is understandable that one might have preferred Tedros to have been more affirmative in criticising the Chinese government at an early stage, but upon looking at the substance of the WHOs actions in protecting countries all around the world and the positive outcomes of his engagement with China within the boundaries of his power and mandate, it is unjustifiable to accuse the WHO of China-centricity. On the contrary, the WHO has championed international solidarity for the benefit of all of its member states at a time when nation states are focussed upon their own populations.

In respect of Taiwan, it is alleged that the WHO has ignored requests for direct dialogue with Taiwan which has undermined the WHOs credibility to be protecting all of humanity. Again, it is crucial to understand the WHO’s role. The WHO’s constitution is to monitor, coordinate and protect its member state in international public health. Taiwan is not a member of the United Nations, nor is it a member of WHO. This is not the fault of the WHO, but is a legitimate concern to be addressed by the United Nations and its member states. The WHO has no mandate, nor prerogative nor power to dialogue with Taiwan.

At a time when the WHO is tasked with the greatest international public health crisis for generations, with accountability towards 194 member states, it would be ill-conceived for Tedros to use his position to go beyond his mandate, and express his personal opinion on questions of political sovereignty for Taiwan, Hong Kong or for any other region around the world aspiring for self-determination. It is nonetheless a relief, and to the credit of health officials within Taiwan, that the region has been incredibly resilient and achieved relatively few cases of infection and death.

It is crucial that national governments take primary responsibility for the spread of the virus, and not divert blame towards the WHO. At the moment, it is national governments that have the budgets and necessary powers to protect their populations. It is becoming clear, through the wildly divergent development of infections and deaths when comparing different countries, that governments do have power to influence the spread of the virus within their own countries.

In the UK, the rapid pace of the virus’ spread and the rising death toll, were in part due to the significant delay in implementing a health strategy to defeat the virus. As Richard Horton, editor of the Lancet medical journal stated, after the WHO declared a public health emergency, ‘countries, especially western countries, didn’t listen. Or didn’t seek to understand what was actually taking place in China’. In the USA, even up to the end of February when dozens of cases had been confirmed through the country, President Trump described the coronavirus as a ‘hoax’ and urged the population to not take it seriously. The delay in acting has potentially caused thousands of additional fatalities.

In conclusion, none of the criticisms made against the WHO stand up to scrutiny. On the contrary, the WHO has acted with integrity, foresight and speed in the spirit of international solidarity. It has deployed its limited resources and capabilities to help ensure that countries around the world are able to contain and cope with the spread of the virus in difficult circumstances.

If our concern is that the WHO should have been more forceful in its relationship with China, the solution is to ensure that the WHO has better powers and a larger budget so that it has the means to exercise greater influence over nation states to the protect the international community as a whole. It is imperative that we act now to resist any threat made by world leaders to further limit the budget or power of the WHO. As Tedros said at the G20 summit on 26th March 2020

We know that the price we end up paying depends on the choices we make now.
This is a global crisis that demands a global response.

First, fight. Fight hard. Fight like hell.
Fight like your lives depend on it – because they do.

We have relied upon WHO to protect the entire global community. It has shown solidarity towards people all around the world, as one human race. But the WHO needs us, in as much as we need it.  We must resist any demand from national leaders to disempower the WHO or withdraw funds. We need solidarity, and as Tedros said, we must fight like our lives depend on it – because they do.